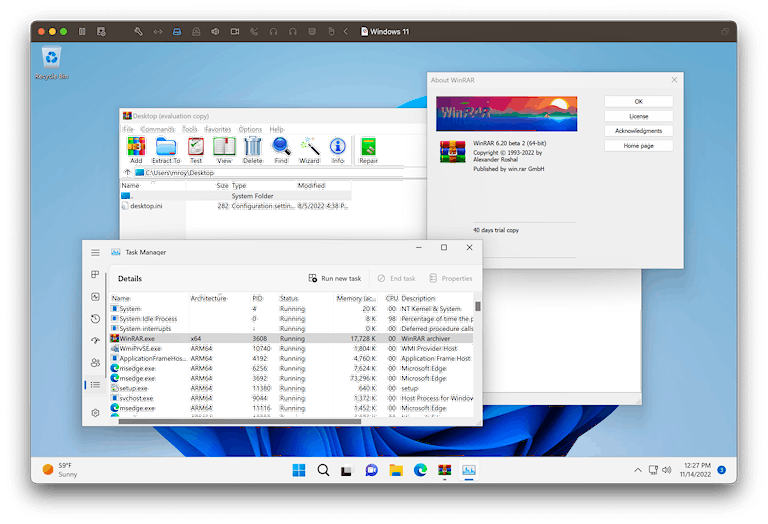 On Apple Silicon, we’ve introduced our first round of features for Windows 11 on Arm. In this release VMware Tools provides virtual graphics and networking, and more is still to come. With certified and signed drivers Windows 11 looks fantastic, and adjust the resolution to 4K and beyond!
Note that Fusion on Apple Silicon must run the Arm variant of Windows 11, and it does not support the x86/Intel version of Windows.

However, for users who want to run more traditional win32 and x64 apps, Windows 11 on Arm has built-in emulation to run those applications compiled for Intel/AMD, and as a user-level process our testing has shown us that this works ‘out of the box’.

VMWare Fusion remains an essential tool for Mac developers. Exciting that it has left the beta stage and is now released.