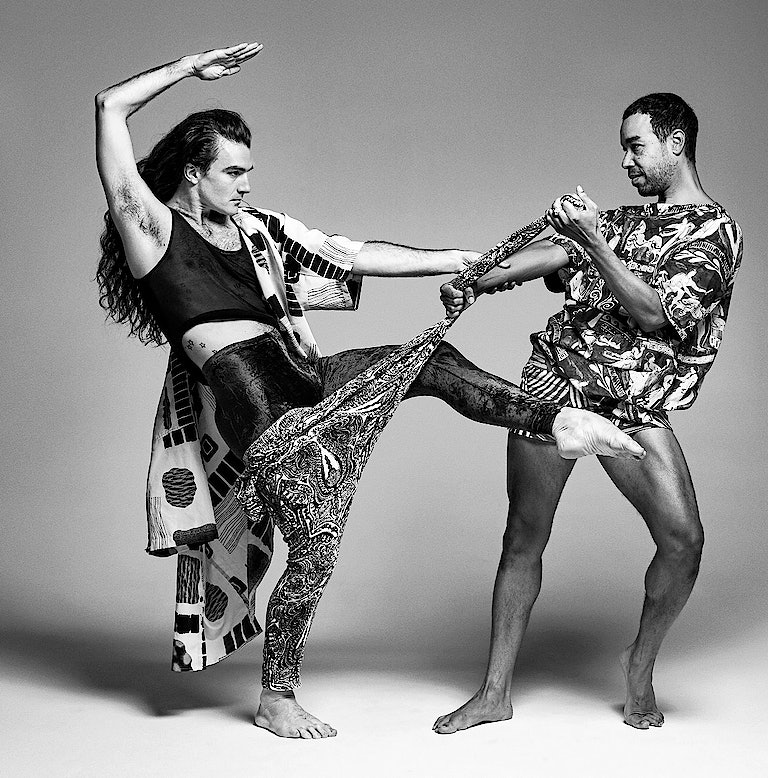 The Playful Legacy of Merce Cunningham

Joan Acocella, for The New Yorker:

In addition, the concert recalled a time that many of us have probably forgotten, or never knew, when dance was not yet almost by definition a political action—before questions of gender, race, and the like became so central to the contemporary arts scene. When Cunningham and his partner, John Cage, were starting out, in the nineteen-forties and fifties, they, too, were operating in a realm of political strife: not just the Second World War but then the Cold War, and the Red-baiting (aimed especially at people like Cage and Cunningham).

Record and Mock Requests With Polly.JS

Polly.JS is a standalone, framework-agnostic JavaScript library that enables recording, replaying, and stubbing of HTTP interactions. By tapping into multiple request APIs across both Node & the browser, Polly.JS is able to mock requests and responses with little to no configuration while giving you the ability to take full control of each request with a simple, powerful, and intuitive API.

In breakthrough new research described as “somewhat mind-boggling,” a team at Stanford University has developed a technique than can transform human immune cells found in a regular blood sample into functional neurons in just three weeks. It should be visual

VC Mark Suster with some clear and actionable recommendations for first outreach:

So what you need to send is called a “teaser deck,” which you should always have prepared whether you’re fund-raising or not. It should give the reader a way to super quickly and visually scan your materials and understand:

It should be visual. Compelling. Visually stunning (in this day and age this is becoming a sine qua non).

In one example, the report looks at the closure in 2009 of Denver’s Rocky Mountain News. The paper had provided extensive coverage of local government issues, including an audit of questionable federal funds allocated to the sheriff’s department, and a series of other handshake deals.

Gao’s team looked at how tax dollars were being spent while the paper was being published and then again after the paper had closed. The researchers concluded that Rocky Mountain News stories had served as a watchdog agent. Without it, the spread or yield of newly issued local municipal bonds increased by 37 basis points.

Overtaxed Working Memory Knocks the Brain Out of Sync

Researchers find that when working memory gets overburdened, dialogue between three brain regions breaks down. The discovery provides new support for a broader theory about how the brain operates.

Daimler AG was ordered to recall 774,000 vehicles in Europe after two meetings with Germany’s top regulator failed to allay concerns about irregularities in the Mercedes-Benz maker’s diesel emissions.

AWS Amplify is a complete solution that lets frontend web and mobile developers easily build, ship, and host full-stack applications on AWS, with the flexibility to leverage the breadth of AWS services as use cases evolve. No cloud expertise needed.

Interested in building with AWS Amplify Framework? Or migrating an existing Angular app? Please get in touch.

The Land Before Binary

Marianna Bellotti, author of Kill It With Fire:

In the summer of 2016, USDS assigned me to the IRS to work on a project called Online Accounts. When on assignment I tend to wander, because helping out big complex software projects rarely involves simple straight forward advice or solutions.

You have to figure that before you showed up the agency has probably been through many rounds of expensive consultants, working groups, maybe even a few research and development centers. If getting things on the right track was a matter of saying “go to the cloud”, someone else would have charged the government at least $350K to hear them say it.

Nate Storring, for The American Interest:

Too many people, places, and sectors have been left out.

At the very moment that popular culture has begun to fetishize entrepreneurship, America is at a 30-year low in new business starts. As recently as 2015 nearly two-thirds of U.S. metro areas lost more firms than they created. Meanwhile, the majority of economic development agencies are stuck in the same old paradigm Jacobs describes (best exemplified by the obscene contest for Amazon’s HQ2) in which cities compete to lure mature corporations to relocate with tax incentives. This paradigm continues despite its proven ineffectiveness and its bloated price tag: more than $65 billion in public funds from 2000 to 2015. 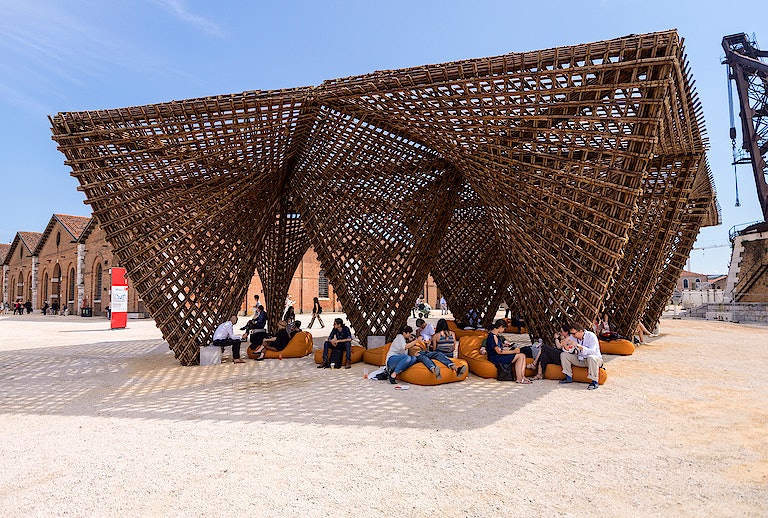 TEN DAYS BEFORE the big concert, the members of the Stanford Laptop Orchestra are performing technology triage. Rehearsal has only just started, but already, things seem to be falling apart. First there’s trouble with the network that connects the laptops to one another. Then one of the laptops crashes; its human component, a graduate student named Juan Sierra, groans loudly. One of the hemispherical speakers emits a low, crunchy noise, like a fart.

Nathan Heller, for The New Yorker:

In “Bullshit Jobs” (Simon & Schuster), David Graeber, an anthropologist now at the London School of Economics, seeks a diagnosis and epidemiology for what he calls the “useless jobs that no one wants to talk about.” He thinks these jobs are everywhere. By all the evidence, they are.

Home-sharing giant Airbnb has taken down at least 62,000 listings in the wake of Japan’s strict new rules on home-sharing. 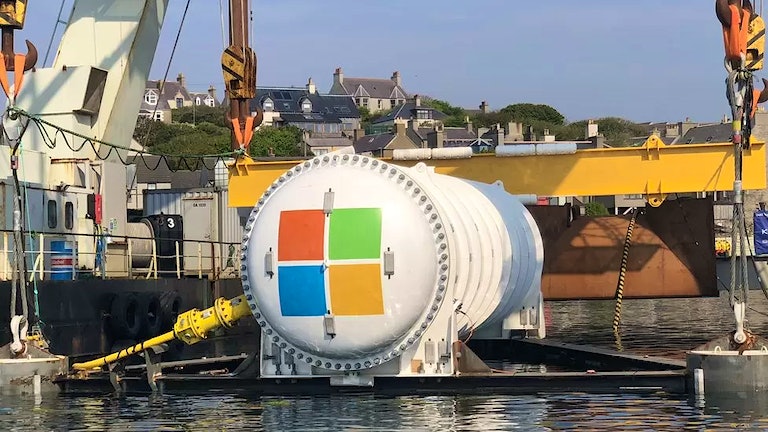 The cylinder was built in France by a shipbuilding company, Naval, loaded with its servers and then sailed from Brittany to Stromness in Orkney. There, another partner, the European Marine Energy Centre (EMEC), provided help including the undersea cable linking the centre to the shore.

The presence of EMEC, with its expertise in renewable energy and its knowledge of the seas around Orkney, was one factor behind Microsoft’s decision to choose this location.

Does Theranos Mark the Peak of the Silicon Valley Bubble?

The problem was that Theranos’ technology was never close to ready. In a series of devastating articles published in the Wall Street Journal starting in 2015, reporter John Carreyrou reminded us that unicorns are usually found only in fairy tales. 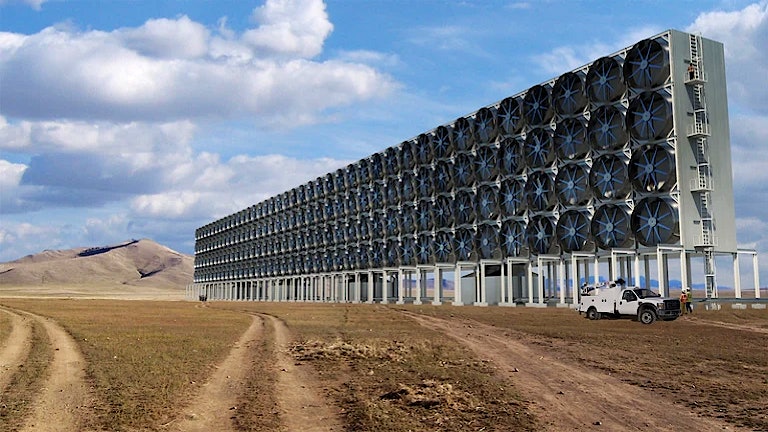 Sucking carbon dioxide from air is cheaper than scientists thought

Depending on a variety of design options and economic assumptions, the cost of pulling a tonne of CO2 from the atmosphere ranges between US$94 and $232. The last comprehensive analysis of the technology, conducted by the American Physical Society in 2011, estimated that it would cost $600 per tonne.